How travel will be bought and sold in August 2021, Part 1

Ashlock made the point near the beginning of a webinar organized by ASTA on Aug. 24, the day before its Global Live conference began. He joined CNN executive travel editor Brekke Fletcher, Afar editor in chief Julia Cosgrove and Wall Street Journal travel editor Scott McCartney for a panel discussion on “The Future of Travel Distribution.” I was the moderator.

Hard and fast predictions were not forthcoming, but during an hourlong discussion, this all-star cast of consumer travel media did provide a great deal of informed opinion about possibilities.

To set the stage for insights into how travel may be bought and sold in the future, I first asked the group to imagine various unknowns, some at the intersection of travel and politics, others involving how tourism products may evolve.

And to begin with what may have the most immediate relevance to ASTA members, I asked whether the panel believed Congress would get its act together to bring economic relief for the small businesses that make up most of ASTA’s membership. An extension of Cares Act benefits might also provide a lifeline to industry behemoths like airlines, who have already signaled the possible loss of tens of thousands of jobs should economic benefits not be extended.

The Wall Street Journal’s McCartney suggested we look at external signs that seem to indicate a bill will be forthcoming. He said that the stock market, which on the day the panel was recorded tallied record highs, seemed to indicate that Wall Street believes Congress will act. And with an election coming up, “why wouldn’t they do something to save the economy? It’s in their own best interest.

“You assume,” Ashlock mused, “that these are rational actors.”

Click here for How travel will be bought and sold in August 2021, Part 1

Click here for How travel will be bought and sold in August 2021, Part 2 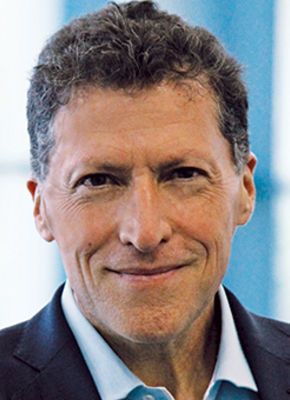 Weissmann, who also founded Weissmann Reports (now part of Travel 42), is also a popular speaker at industry conferences, is widely quoted in consumer media and is a regular contributor to the PBS television show “The Travel Detective.

The Power of Routine and Creative Thinking

A Two-Speed World Eager To Bring In The New Year

Support Gabriel Ochonogor
× How can I help you?
We use cookies to ensure that we give you the best experience on our website. If you continue we will assume that you are happy with it.AcceptPrivacy Policy